An open letter to GhostFace Killah: Help the Dawah to Islam.

Posted on December 2, 2018 by Hakeem Muhammad Leave a comment

To my Muslim brother Ghostace Killah,

My name is Hakeem Muhammad, I am an student attorney from Chicago focusing on criminal defense and prisoner’s rights. But more importantly, I am a Muslim and was deeply inspired by  a 2013 interview of yours in which you describe your conversion to Islam.

You were asked about books you enjoy reading and you stated “I like reading stuff about the Prophet Muhammad, pbuh and the Qu’ran and stuff.” You were asked about the many multiple issues facing many inner-cities from the drug economy to homicides. You stated  that among many youth “They have no spiritual guidance so they not afraid of anything.” One of the things which our Prophet Muhammad, peace be upon him, taught us is that, “None of you will believe until you love for your brother what you love for yourself.”

As a very influential rapper and also someone who has studied the life of Prophet Muhammad, pbuh and the Qu’ran, I believe you can have a monumental impact in providing spiritual guidance to oppressed Black youth throughout America.  The Black Dawah Network, a Muslim Empowerment Institute Initiative, would like for you to join our efforts to propagate the Sunnah of Prophet Muhammad, peace be upon him, throughout oppressed inner-city communities as part of an ongoing Islamic movement to combat white supremacy.

In one of your songs that has always touched my heart All I Got Is you, you describe your upbringing growing up in Staten Island, New York growing in poverty.  You stated there were days you had to rely upon your neighborhoods for food, and using newspaper instead of toilet paper. You  discuss New York Housing Authority harassing your family by seeking to throw you out of your place after you caught a case. The wretched conditions you describe in your neighborhood growing up emanate from the white oppression of Black communities. A recent study found that  fifty years after the Fair Housing act of 1968,  New York City is in a defacto state of segregation  and poor Blacks were more likely to live in neighborhoods with higher poverty neighborhoods than whites.

Brother Ghostface Killah, The Black Dawah Network, which  focuses on Islamic outreach to oppressed Black communities,  would like invite you to work with us on a series of dawah videos on the life of Prophet Muhammad pbuh targeted to oppressed Black youth.

We want you to help teach the masses of the people how the  practice of Islam can enable oppressed Black masses confined in inner-cities to challenge wretched conditions the white power structures imposes on Black communities. Lastly, we would like to invite you to join the Dawah and to use the platform you have to call the disenfranchised Black communities throughout the hoods of New York to Islam.

Remember brother,  this life is transitory and our deeds will be weighed by Allah(swt) on the Day of Judgment. If someone becomes Muslim as a result of your actions this will benefit you greatly on the day of judgment. 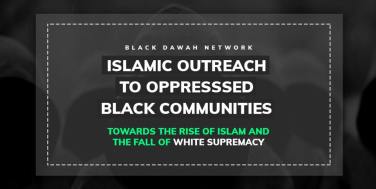 The State of Islam in Black America(Comic Series)

Posted on August 14, 2017 by Hakeem Muhammad Leave a comment 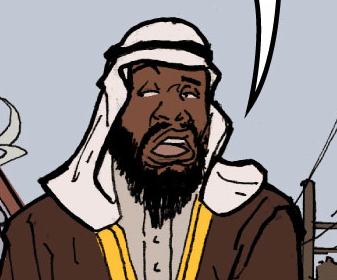 “What many of these Black American Salafis have done in an attempt to be different from non-Muslims, is essentially alienate themselves from other black people, which has become the basis for their invitation to Islam. For them, the more estranged you are from black culture, the closer you are to following the Sunnah. ” Brother Hameed, From The Back Of the Bus to the Back of the Camel.

“The Nation of Islam was not only the predecessor of Islam in the Black American community, but by and large, it was also the forbearer of black consciousness and liberation theology. Black empowerment, black nationalism, the knowledge of self and healthy eating practices were all a part of the Nation’s agenda which still influences black people to this day. However, in the present, Black American Sunni Muslims have found themselves in a very complicated conundrum. Gone are the days where Islam with minor exceptions can be seen as being influential in resolving the social ills in the Black American community.” Brother Hameed, From the Back of the Bus to the Back of the Camel.